Catch Me If You Can: Keeping Up With ML Models in Production

Advances in machine learning and big data are disrupting every industry. However, even when companies deploy to production, they face significant challenges in staying there, with performance degrading significantly from offline benchmarks over time, a phenomenon known as performance drift. Models deployed over an extended period of time often experience performance drift due to changing data distribution.

In this talk, we discuss approaches to mitigate the effects of performance drift, illustrating our methods on a sample prediction task. Leveraging our experience at a startup deploying and monitoring production-grade ML pipelines for predictive maintenance, we also address several aspects of machine learning often overlooked in academia, such as the incorporation of non-technical collaborators and the integration of machine learning in an agile framework. This talk will consist of:

This talk will be a slideshow presentation accompanied by a Python notebook demo. It is aimed towards engineers that deploy and debug models in production, but may be of broader interest for people building machine learning-based products, and requires a familiarity with machine learning basics (train/test sets, decision trees). 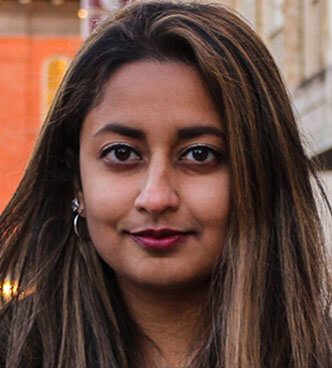 Shreya is a computer scientist living in San Francisco interested in making machine learning work in the “real world.” She is an incoming PhD student at UC Berkeley. Previously, she was the first...
Read more