Extracting texts of various sizes, shapes and orientations from images containing multiple objects is an important problem in many contexts, especially, in connection to e-commerce, augmented reality assistance system in a natural scene, content moderation in social media platform, etc. In the context of a scale with which Walmart operates the text from the product image can be a richer and more accurate source of data than human inputs which can be used in several applications like AttributeExtraction, Offensive Text Classification, Compliance use cases, etc. Accurately extracting text from product images is a challenge given that product images come with a lot of variation which includes small, highly oriented, arbitrary shaped texts with fancy fonts, etc .. Typical word-level text detectors for text detection fails to detect/capture these variations or even if they are detected, text recognition models without any transformation layers fail to recognize and accurately extract the highly oriented or arbitrary shaped texts.

In this talk, I will cover the text detection technique which detects the character locations in an image and then combines all characters close to each other to form a word based on an affinity score which is also predicted by the network. Since the model is at a character level, it can detect in any orientation. Post this, I will talk about the need for Spatial TransformerNetworks which normalizes the input cropped region containing text which can be then fed to CRNN-CTC network or CNN-LSTM-Attention architecture to accurately extract text from highly oriented or arbitrary shaped texts. 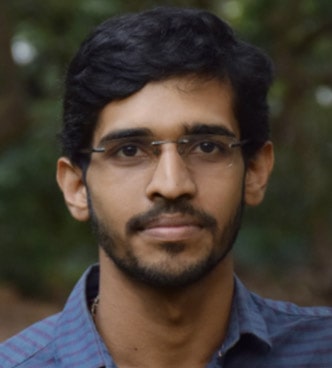 "Rajesh Shreedhar Bhat is working as a Sr. Data Scientist at Walmart, Bangalore. His work is primarily focused on building reusable machine/deep learning solutions that can be used across various business domains at Walmart. He completed his Bachelor’s degree from PESIT, Bangalore. He has a couple of research publications in the field of NLP and vision, which are published at top-tier conferences such as CoNLL, ASONAM, etc. He is a Kaggle Expert(World Rank 966/122431) with 3 silver and 2 bronze medals and has been a regular speaker at various International and National conferences which includes Data & Spark AI Summit, ODSC, Seoul & Silicon Valley AI Summit, Kaggle Days Meetups, Data Hack Summit, etc. Apart from this, Rajesh is a mentor for Udacity Deep learning & Data Scientist Nanodegree for the past 3 years and has conducted ML & DL workshops in GE Healthcare, IIIT Kancheepuram, and many other places. "