Building the Foundations of an Intelligent, Event-Driven Data Platform at EFSA

EFSA is the European agency providing independent scientific advice on existing and emerging risks across the entire food chain. On 27/03/2021 a new EU regulation (EU 2019/1381) has been enacted, requiring EFSA to significantly increase the transparency of its risk assessment processes towards all citizens.

To comply with this new regulation, delaware has been supporting EFSA in undergoing a large Digital Transformation program. We have been designing and rolling-out a modern data platform running on Azure and powered by Databricks. This platform acts as a central control tower brokering data between a variety of applications. It is built around modularity principles, making it adaptable and versatile while keeping the overall ecosystem aligned w.r.t. changing processes and data models. At the heart of the platform lie two important patterns:

1. An Event Driven Architecture (EDA): enabling an extremely loosely coupled system landscape. By centrally brokering events near real-time, consumer applications can react immediately to events from producer applications as they occur. Event producers are decoupled from consumers via a publisher/subscribe mechanism.

2. A central data store built around a lakehouse architecture. The lakehouse collects, organizes and serves data across all stages of the data processing cycle, all data types and all data volumes. Events streams from the EDA layer feed into the store as curated data blocks and are complemented by other sources. This store in turn feeds into APIs, reporting and applications, including the new Open EFSA portal: a public website developed by delaware hosting all relevant scientific data, updated in near real-time.

At delaware we are very excited about this project and proud of what we have achieved with EFSA so far. 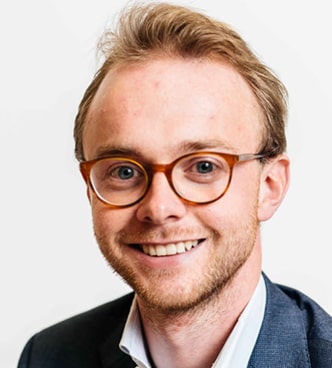 Sebastiaan Leysen graduated as an engineer from the TU Delft in 2015. He has a BSc degree in Computer Science and a MSc degree in Management of Technology. Sebastiaan started working at delaware i...
Read more

David has a background in mechanical and biomedical engineering. However, he got bitten by the ‘data’ bug and switched over to the data analytics side. His experience ranges from data warehouse ti...
Read more