The use case we want to present is the replatforming of SCOR’s Non-Life Risk Modelling Application (NORMA).

NORMA is a Monte Carlo based enterprise application and has been developed fully in-house by SCOR; it is part of its Internal Model for estimating the combined risks and the diversification of its P&C (Property & Causality) portfolios. Monte Carlo methods are widely used in the financial industry by insurances, reinsurance, banks, asset managers, etc. They work by simulating the various sources of uncertainty affecting the value of portfolios (investments and other general financial instruments) and then analyzing the distributions over the range of resulted outcomes. The original Norma application was a 10-year-old legacy application written in C# within the .Net framework. As the business demands have increased over time and therefore the computational efforts needed, its monolithic architecture had reached its limitations. The new application is now Python based on Azure and Databricks cloud services. This enables scaling out horizontally, massive parallelization and processing big data in an efficient manner. Parallel processing is becoming more and more a necessity for efficiency and speed in business applications. Here Databricks helps us as a unified analytics platform which provides on demand cloud-optimized clusters with Apache Spark, jobs scheduling with dynamic resource allocation and Notebooks for deep data analysis. Thanks to this High-Performance Computing Solution, our teams of experts are now able to simulate countless number of scenarios for each and every pieces of its P&C portfolio in less than half a working day. If one requests a risk analysis for a new P&C business opportunity at 9am, he/she will receive the report on his desk before lunch! In general, reporting capabilities have improved both in scope and runtime, with runtime improvements of up to an order of magnitude. This means fast, accurate and detailed estimation of all the risks and their diversifications. Which ultimately generates advantages for our clients and partners: less time and resources consumed, with deeper business insights and risk analysis. 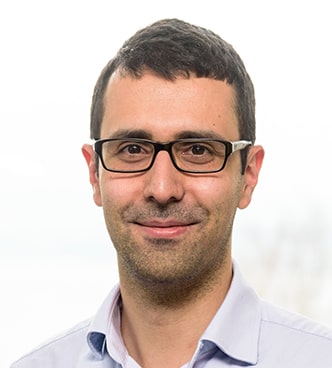 Sahand is a Quantitative Developer, with a focus on Python and Spark based parallel computing for financial applications. He started his career as a Trainee at SCOR. After spending a few years in the ...
Read more 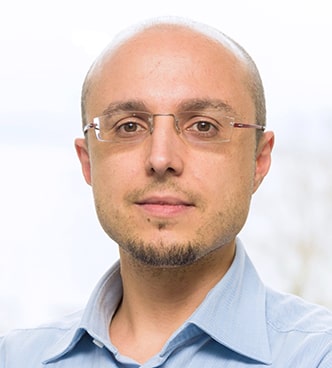 Luca is an a Quant Engineer with over 15 years of experience in quantitative/actuarial software development in finance, expertise in data strategy, data engineering and architecture. He is currently w...
Read more