David is a Cognitive and Machine Learning Principal within Humana’s Digital Health and Analytics organization. He joined Humana in late 2015 and spent his first few years focused on solving business problems by applying data science with a clinical focus. While exploring these challenges, he was introduced to Spark in 2017 and worked to establish a centralized set of scripts the team could use for feature engineering. More recently, he has been working to help Humana’s data science community transition to the cloud. This means discovering ways to automate the mundane and set key standards, yet creating a flexible ecosystem to meet the needs of data scientists and engineers. Those initial scripts were the precursor to a cloud Feature Store and he has also helped establish a robust set of templates for data scientists at Humana to get started with predictive modeling using modern, open source tools. David received his BS in Mechanical Engineering in 2001 from Ohio Northern University and his PhD in Biomedical Engineering in 2008 from the University of Virginia. He and his wife Beth have been married since 2003. During his graduate studies he invented a sleep quality sensor and then helped found a startup company that provided remote health monitoring for seniors. In his spare time, he enjoys playing disc golf and Ultimate, discovering roots through family history, and tinkering with homemade IoT devices.

Humana strives to help the communities we serve and our individual members achieve their best health - no small task in the past year! We had the opportunity to rethink our existing operations and reimagine what a collaborative ML platform for hundreds of data scientists might look like. The primary goal of our ML Platform, named FlorenceAI, is to automate and accelerate the delivery lifecycle of data science solutions at scale. In this presentation, we will walk through an end-to-end example of how to build a model at scale on FlorenceAI and deploy it to production. Tools highlighted include Azure Databricks, MLFlow, AppInsights, and Azure Data Factory.

We will employ slides, notebooks and code snippets covering problem framing and design, initial feature selection, model design and experimentation, and a framework of centralized production code to streamline implementation. Hundreds of data scientists now use our feature store that has tens of thousands of features refreshed in daily and monthly cadences across several years of historical data. We already have dozens of models in production and also daily provide fresh insights for our Enterprise Clinical Operating Model. Each day, billions of rows of data are generated to give us timely information.

We already have examples of teams operating orders of magnitude faster and at a scale not within reach using fixed on-premise resources. Given rapid adoption from a dozen pilot users to over 100 MAU in the first 5 months, we will also share some anecodotes about key early wins created by the platform. We want FlorenceAI to enable Humana's data scientists to focus their efforts where they add the most value so we can continue to deliver high-quality solutions that remain fresh, relevant and fair in an ever changing world. 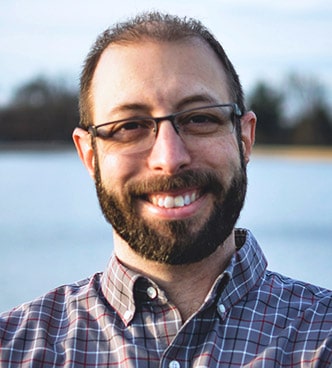