Share this post
Our friends at Twitter have contributed to MLlib, and this post uses material from Twitter’s description of its open-source contribution, with permission. The associated pull request is slated for release in Apache Spark 1.2.

We are often interested in finding users, hashtags and ads that are very similar to one another, so they may be recommended and shown to users and advertisers. To do this, we must consider many pairs of items, and evaluate how “similar” they are to one another.

We call this the “all-pairs similarity” problem, sometimes known as a “similarity join.” We have developed a new efficient algorithm to solve the similarity join called “Dimension Independent Matrix Square using MapReduce,” or DIMSUM for short, which made one of Twitter’s most expensive batch computations 40% more efficient.

To describe the problem we’re trying to solve more formally, when given a dataset of sparse vector data, the all-pairs similarity problem is to find all similar vector pairs according to a similarity function such as cosine similarity, and a given similarity score threshold.

We run DIMSUM on a production-scale ads dataset. Upon replacing the traditional cosine similarity computation in late June, we observed 40% improvement in several performance measures, plotted below. 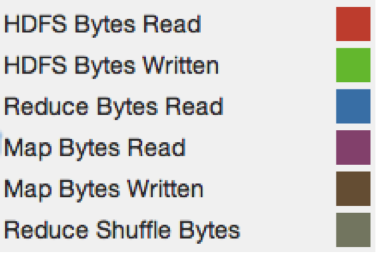 The algorithm is available in Apache Spark MLlib as a method in RowMatrix. This makes it easy to use and access:

Here is an example invocation of DIMSUM. This functionality will be available as of Spark 1.2.

Additional information can be found in the GigaOM article covering the DIMSUM algorithm.