A Databricks Job consists of a built-in scheduler, the task that you want to run, logs, output of the runs, alerting and monitoring policies. Databricks Jobs allows users to easily schedule Notebooks, Jars from S3, Python files from S3 and also offers support for spark-submit. Users can also trigger their jobs from external systems like Airflow or Jenkins.

When running production workloads, users want to control who can access part of the scheduled jobs and actions. For example:

Securing your production workloads in Databricks

We are excited to introduce fine-grained access control for Databricks Jobs to safeguard different aspects of your production workloads from unprivileged users in the organization.

Admins can enable access control for jobs along with the clusters in the admin console.

These permissions can be given from the ‘Advanced’ section in the job details page as shown below: 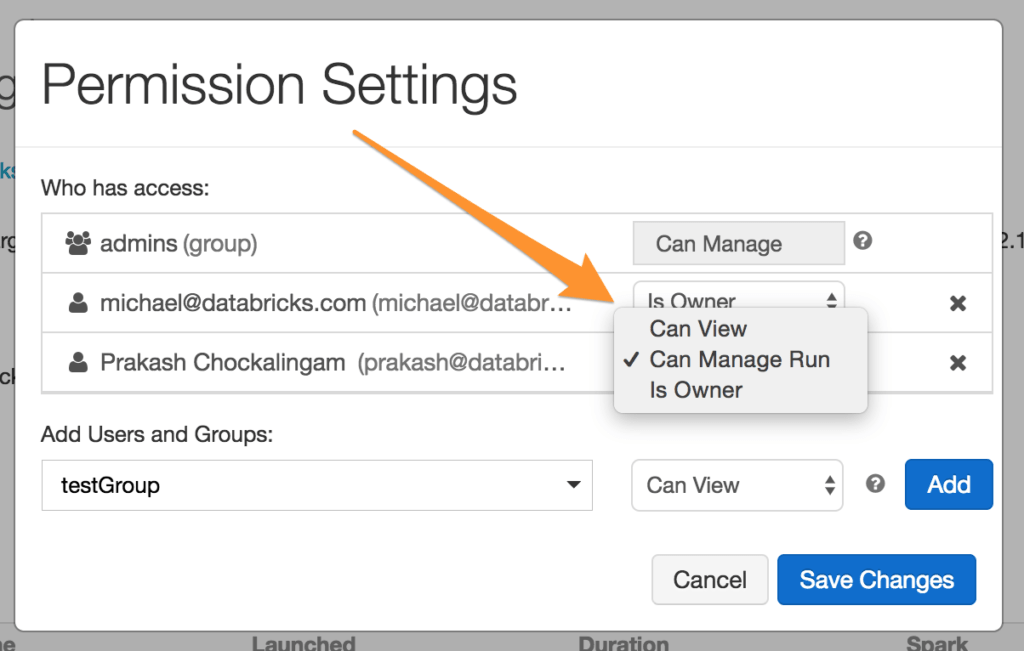 Only a job owner can change the job settings. If a job owner leaves the organization or wishes to transfer the ownership, the admin can easily switch the owner of that job. There can be only one owner for the job. 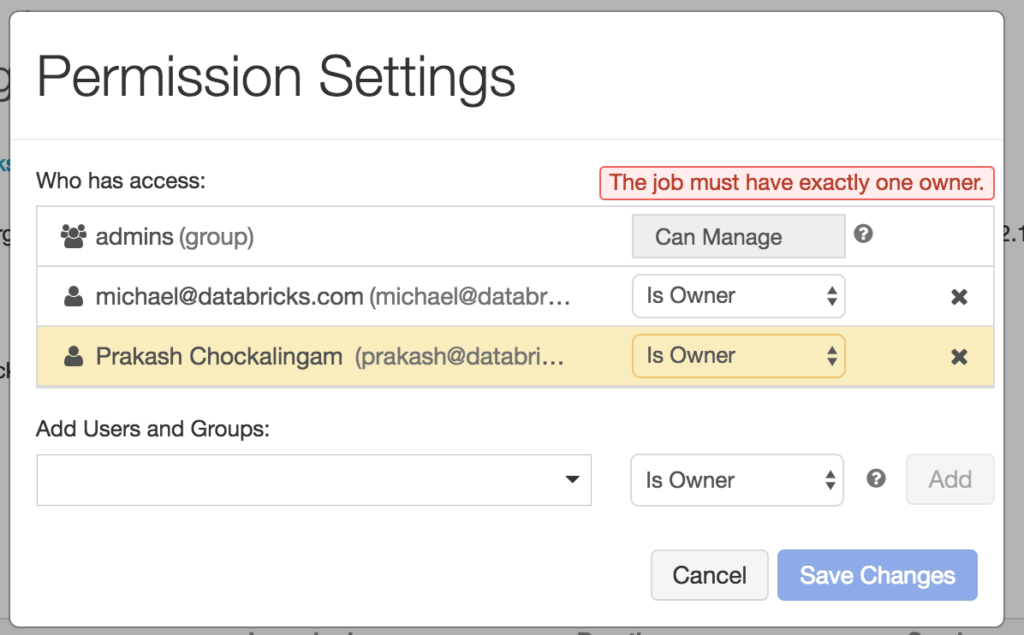 The below table summarizes the different user roles and what actions they are allowed.

Users can control access to infrastructure, code and data by leveraging all of the access control mechanisms provided by Databricks:

Start running your Spark jobs on Databricks by signing up for a free trial of Databricks.

If you have any questions, you can contact us with your questions.