While the REST APIs are principally designed for general programmatic use, ad-hoc tasks of exploring and manipulating desired content is not that easy with REST APIs without writing repetitive boilerplate code. So to simplify this task for Databricks developers, we have implemented an easy command line interface that interacts with Databricks workspaces and filesystem APIs.

In part 1 of our blog aimed at Databricks developers, we outline some use cases where you can employ a command line interface to interact with Databricks workspaces and manipulate files and folders.

One of the most common usages of the Databricks CLI is to enable an alternative integration point to VCS.

Another use case for the CLI is importing small datasets to DBFS.

To begin, install the CLI by running the following command on your local machine.
pip install --upgrade databricks-cli

Note that the Databricks CLI currently cannot run with Python 3.

After installation is complete, the next step is to provide authentication information to the CLI. The first and recommended way is to use an access token generated from Databricks. To do this run databricks configure --token. A second way is to use your username and password pair. To do this run databricks configure and follow the prompts. After following the prompts, your access credentials will be stored in the file ~/.databrickscfg. 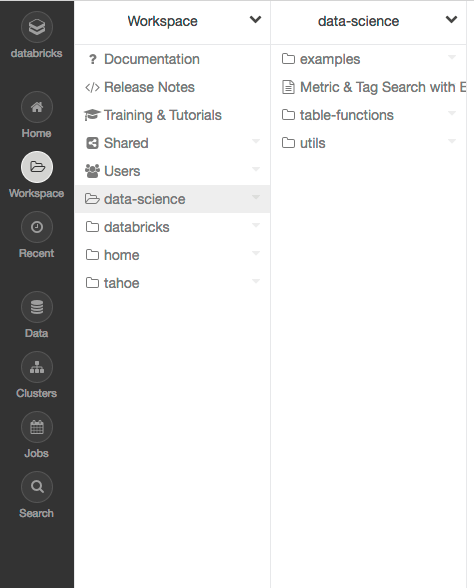 Exporting a workspace directory to the local filesystem

The databricks workspace export_dir command will recursively export a directory from the Databricks workspace to the local filesystem. Only notebooks are exported and when exported, the notebooks will have the appropriate extensions (.scala, .py, .sql, .R) appended to their names).

Importing a local directory of notebooks

Similarly, the databricks workspace import_dir command will recursively import a directory from the local filesystem to the Databricks workspace. Only directories and files with the extensions of .scala, .py, .sql, .r, .R are imported. When imported, these extensions will be stripped off the name of the notebook.

To overwrite existing notebooks at the target path, the flag -o must be added.

The implemented commands for the DBFS CLI can be listed by running databricks fs -h. Commands are run by appending them to databricks fs and all dbfs paths should be prefixed with dbfs:/. To make the command less verbose, we’ve gone ahead and aliased dbfs to databricks fs. For more information reference DBFS API.

Copying a file to DBFS

It’s possible to copy files from your localhost to DBFS both file by file and recursively. For example to copy a CSV to DBFS, you can run the following command. 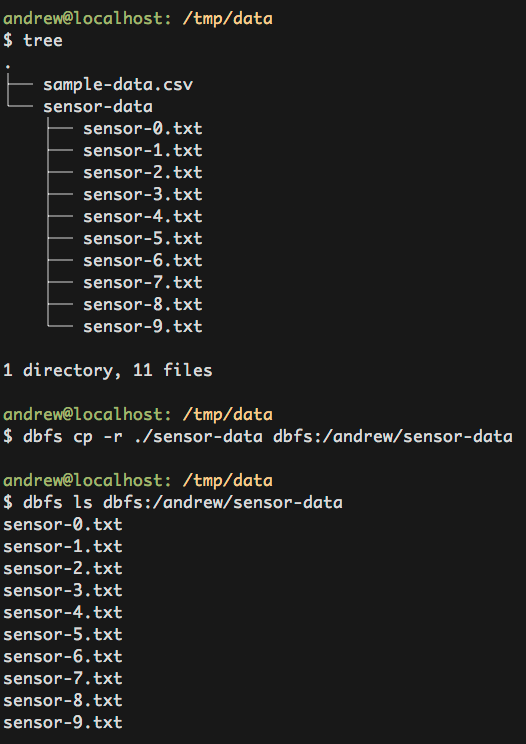 Copying a file from DBFS

Similarly, it is possible to copy files from DBFS back to the local filesystem.

We’re actively developing new features for the Databricks CLI for developers. The next item immediately on our roadmap is to support cluster and jobs APIs endpoints. We will cover in the second part of this blog series.

In the spirit of our open source Apache Spark heritage, the source code for the CLI is released on Github. If you have feedback on a feature, please leave an issue on our Github project.

Try this out today on Databricks. 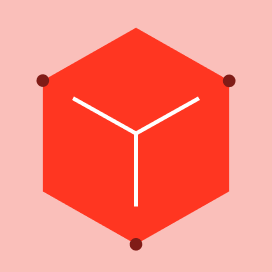